A small group of owners of Microsoft’s latest iteration of the Surface Pro are reporting their devices are plagued by hibernation issues that are “causing unwanted, random shutdowns.” Microsoft has confirmed the existence of the problem and says it is looking into it with a spokesperson telling customers, “We are aware of a small group of customers reporting a scenario with their new Surface Pro in which the device inadvertently hibernates.”

“The problem seems to be happening to a variety of models, running both i5 and i7 processors,” ZDNet’s Mary Jo Foley says. “It’s not clear whether this problem could be fixable through a software update or not. Microsoft has had a number of battery/power issues with previous Surface models, which in some cases took months to fix.”

Microsoft unveiled its newest Surface Pro earlier this year, listing it as the successor to the Surface Pro 4. 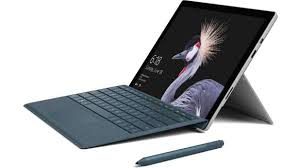